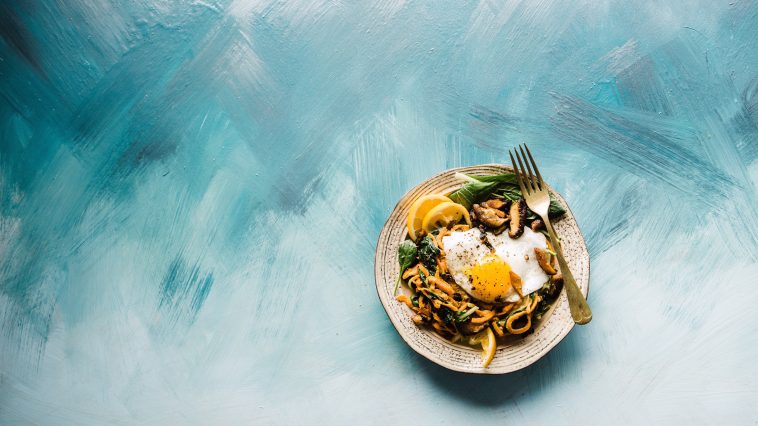 Even the leanest of us has fat stored to use as an almost inexhaustible source of energy. Strategies that theoretically maximize its use, such as the ketogenic diet, might allow one to perform better during prolonged periods of exercise. The interest in the ketogenic diet in endurance and ultra-endurance sports is based on this premise. Does the practice confirm it?

The ketogenic diet (commonly referred to by practicioners as “keto”) is defined as a diet high in fat and low in carbohydrates (sugars). In this diet, fat should make up about 80% of total daily calorie intake, while carbohydrates should make up a maximum of 5%. Proteins then make up the remaining 15% of calories.

Adopting such a diet over an extended period of time reduces carbohydrate stores and induces a state of ketosis, hence the name of the diet. In this state of ketosis, the body gets its energy from its stores of fat.

What’s on the menu

Adopting the ketogenic diet consists in eliminating starchy foods (breads, cereals, pasta, rice, etc.), root vegetables, fruits and fruit juices, and limiting dairy products as much as possible to avoid lactose (which is another sugar). It goes without saying that sweets can’t be eaten! In fact, to induce ketosis, carbohydrate intakes should not exceed 20 grams per day, the equivalent of a large slice of bread or a big banana.

A typical ketogenic meal consists of a source of protein (meat, poultry, fish) and vegetables, all smothered with fat. Vegetable oils that are liquid at room temperature (olive oil, canola oil, corn oil, etc.) should be the main sources of fat, since they are rich in “good” (i.e. unsaturated) fats.

An alternative source of energy

In response to the depletion of carbohydrate stores, the body begins to use the fat stored within itself as the main source of energy. To do so, fat is transformed by the liver into ketone bodies. These compounds are ultimately used as a source of energy by muscles and the brain to replace glucose.

This adaptation does not happen overnight. Carbohydrates usually need to be starved for at least seven days for ketosis to happen. To undergo full adaptation and ketosis in place would take up to three weeks.

The ketogenic diet is much discussed in regards to the benefits it could provide to endurance athletes. It is assumed that performing endurance efforts in a ketotic state, while the body draws its fuel from fat rather than sugar, could increase exercise length until exhaustion. However, despite the popularity for this type of diet, there are less than ten studies that have evaluated its effects in endurance sports. The data therefore remains very limited.

The first observation: the ketogenic diet catalyzes the use of fat as the main fuel during an effort. The prevailing assumption of this diet is that it is possible to force the human body to get its energy from its fat stores.

The second observation: the benefits on performance remain uncertain. In fact, these have only been seen in a handful of individuals. For most athletes who participated in the studies, the ketogenic diet had no effect or reduced performance compared to a diet rich in carbohydrates. Thus, some individuals appear to gain positive effects from such a diet and others do not.

The third observation: this energy supply might only work in very specific scenarios. For example, performing an endurance test involving a prolonged submaximal effort, but not requiring any higher intensity effort, would be the kind of test where the ketogenic diet could have interesting effects. Although, for most runners, performing an ultra-marathon on trails is done with a prolonged submaximal effort, several laps of a race may require the deployment of a greater sustained effort over time.

The explanation may be elsewhere…

It is not uncommon to read testimonials from people claiming that they have lost weight and that their energy levels and performance have greatly improved following the adoption of the ketogenic diet. That being said, there are several reasons for these “miraculous” results. For example, it is possible that the adoption of a ketogenic diet was done in parallel with an improvement in structure and discipline in training. In this case, it’s hard to discern the effect of diet from that of training.

The athlete may also have changed their eating habits which were previously highly questionable. After all, the typical North American diet gives way to a lot of processed, poorly nutritious and high-carbohydrate foods (refined grains with little fiber, sugary drinks, sweets, etc.). The consumption of vegetables is generally insufficient. Excluding from the diet all foods rich in carbohydrates of poor nutritional quality and replacing them mainly with vegetables improves the overall quality of the diet.

Obviously, eating better has positive effects on body weight, general health or performance. It is more plausible that the benefits observed are mainly attributable to the replacement of low-quality foods with foods with good nutritional value, and not to the state of induced ketosis.

Recharging the batteries during an effort

During a prolonged effort like an ultra, it is necessary to eat. In this regard, foods rich in carbohydrates have a clear advantage compared to foods recommended by the ketogenic diet. Foods rich in carbohydrates are digested more easily and quickly. Conversely, foods high in fat and protein stay in the stomach longer, which slows energy availability and can cause nausea and other digestive problems.

The consumption of sugary sports drinks makes it possible to maximize carbohydrate intake while hydrating, which is not necessarily compatible with the ketogenic diet … unless you enjoy drinking olive oil! Moreover, substantial evidence shows that consuming 60 to 90 g of carbohydrates per hour will keep enough fuel to maintain an effort for up to 9 hours. This is far from the prescribed 20 grams per day.

The challenges found with ketogenic foods during refueling in lengthy running efforts are something to think about for anyone who is tempted by this diet.

In summary, it must first be acknowledged that there are very few studies on the effects of the ketogenic diet on physical endurance. To date, the available data does not demonstrate that adopting this diet improves performance compared to a diet containing carbohydrates. Conversely, the beneficial effects of sports nutrition strategies promoting carbohydrates as the main source of energy in endurance and ultra-endurance sports are very well documented and demonstrated. Finally, beyond performance, the consumption of foods rich in carbohydrates of good nutritional quality such as fruits and whole grain cereals remains vectors of good physical health.