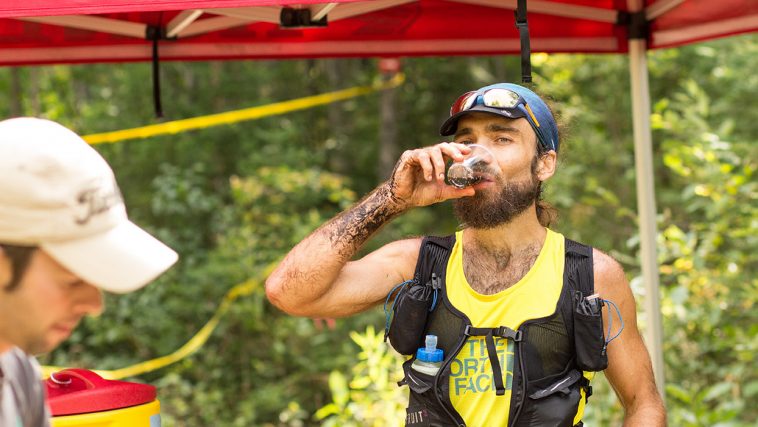 At one recent ultra, I reached the first aid station after about two hours and forty-five minutes of running. I ingested water, cola and broth, then gulped down two or three gnocchi and a handful of pretzels. A snack out of the ordinary? Certainly! Effective? Equally! Here’s why.

In endurance and ultra endurance events, our sugar stores, stored as glycogen in the muscles and liver, run out in about two to three hours if we don’t eat anything. To avoid depleting your sugar store, you must provide your body a regular amount of carbohydrates, otherwise you risk hitting a wall … or a tree on the course! Our body first and foremost needs quickly available energy. Water and electrolytes, especially sodium, are also just as necessary to maintain adequate hydration.

In order to pack light, most runners carry the bare minimum to be autonomous between two aid stations in a typical trail ultramarathon: about a liter of liquid and a few gels. However, various elements such as the degree of difficulty of the trail, fatigue or, again, gastrointestinal problems can make the task more difficult. There comes a point in an ultra where the key element is not so much what you eat, but just eating itself.

Going thru aid stations is an excellent opportunity to restore energy stores or again, just to eat.

These foods all provide an appreciable amount of easily digestible carbohydrates. Savory foods like potato chips and pretzels also contain sodium and can replace a few sips of electrolyte drinks. Eating solid foods also helps prevent hunger, unlike the consumption of gels and drinks.

Runners who fuel on fat are not forgotten. Foods rich in fat, such as cheese or sausages, are commonly served at aid stations.

Water, electrolyte sports drinks, cola and broth are among the most common beverages. Broth makes it possible to consume a good amount of sodium, sometimes negligible in sports gels. Cola, on the other hand, provides energy and a little boost thanks to the caffeine it contains.

The buffet at aid stations is always attractive, but it is still important to dive in with some moderation. Overeating, or feeling of heaviness, can make it harder to keep the pace when getting back in trails. It can also cause gastrointestinal issues like nausea, cramps or much worse! It’s the same story on the hydration side. Drinking moderate amounts of beverages, other than what you are carrying, allows you to change the monotonous and sweet taste of electrolyte drinks. Conversely, too much cola and, indirectly, caffeine can have undesirable effects on your hydration and cause intestinal discomfort.

Managing nutrition and hydration is an integral part of the race strategy. It is essential to do your homework and be aware of the foods that will be available at aid stations before toeing the start line. Last but not least, during a long preparatory outing incorporating an aid station-style break and eating foods that will be served during the event will certainly avoid unpleasant surprises during a race.