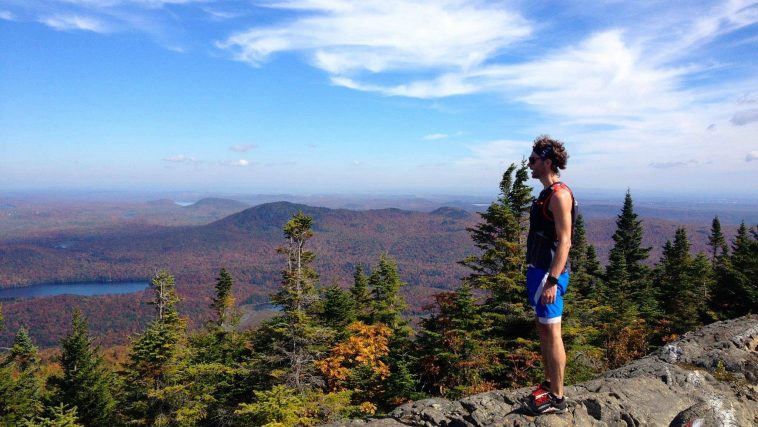 Let’s face it: we live in a stressful world, and now we are all experiencing a new collective stress as we undergo this worldwide pandemic. We all know folks who are affected by mental health issues. Can a good physician prescribe running for depression or anxiety disorders?

Most people report feeling better and “energized” after vigorous physical activity. Does this sensation last over time? Studies point out that running has lasting benefits, not just for symptoms of depression, but for a broad spectrum of things.

What types of physical activity provide the best results?

The scientific data that is available doesn’t lead to clear recommendations as to the type of activity or training duration that gives superior results. However, the impact of physical activity on an individual’s mood seems to be directly related to the intensity and frequency of the activity.

Although athletes almost universally report the direct and positive impact of physical activity on their mood, scientists have yet to understand what happens in the body for that effect to take place. However, there are theories.

According to the hormonal theory, physical activity may increase the production of monoamines and beta-endorphins in the brain. These substances have a positive impact on the mood by stimulating the brain’s reward and pleasure systems.

Poor physical condition seems to be more frequent among individuals who suffer from depression or anxiety disorders, due to a higher occurrence of unhealthy habits, like poor nutrition, tobacco, alcohol, drugs, and a sedentary lifestyle. The result is a state of tiredness that makes physical activity difficult. Each of these obstacles in of themselves seems insurmountable.

Like any other physical activity, running amplifies the expression of receptors known as galanins, which are located in an area of the brain called the locus coeruleus. This results in the suppression of tension caused by stress, which is also a mechanism of some antidepressant medication. A study performed on rats in 2012 and published in Neuroscience & Neuro Biobehavioral Reviews reinforced the validity of this hypothesis.

Depressive states can be due to, among other things, a decrease in neuron production in the area of the brain called hippocampus, more specifically in the gyrus dentatus. Studies performed on rats have shown that physical activity increases neuron production in this area by two to three times. The explanation for this phenomenon is that physical activity increases the production of serotonin and beta-endorphins, two growth factors for the hippocampus.

One interesting fact is that a similar increase is observed with the use of antidepressant medication and that the usual clinical response – four to six weeks – matches the duration of neuron growth in the hippocampus. These observations were confirmed by a review published in 2006 in the Journal of Psychiatry & Neuroscience.

According to Panorama de la santé 2013 , a report published by the Organisation for Economic Cooperation and Development (OECD), Canadians consume a lot of antidepressant medication – around $1.4 billion annually.

Canada ranks 4th among countries with the highest consumption of prescribed psychotropic substances. These numbers raise several questions. One of them is: do we turn to pharmacology too fast as a solution for stress management?

There is no doubt that costs related to physical activity are negligible when taking into account the benefits of being active, which have been clearly demonstrated. These benefits go way beyond the impact on depression and anxiety symptoms.

Therefore, a healthy lifestyle and all forms of physical activity should be vigourously encouragred. It would seem completely irresponsible not to do so.

The treatment of anxiety disorders requires a multifaceted approach that includes increased self-awareness and better knowledge of one’s interests and stress management strategies. In today’s wide range of therapeutic approaches, physical activity holds a key position, both as a preventive and a first-line treatment for depression and anxiety disorders.

We are responsible for our own happiness. Let’s be an inspiration for those around us by being active and happy, and by passing on the recipe for a healthy lifestyle.

Simon Benoit is an emergency critical care physician, as well as a sports medicine physician. He is a member of the Association québécoise des médecins du sport. He is also a graduate of physiotherapy and chiropractic, and an ambassador for The Running Clinic.