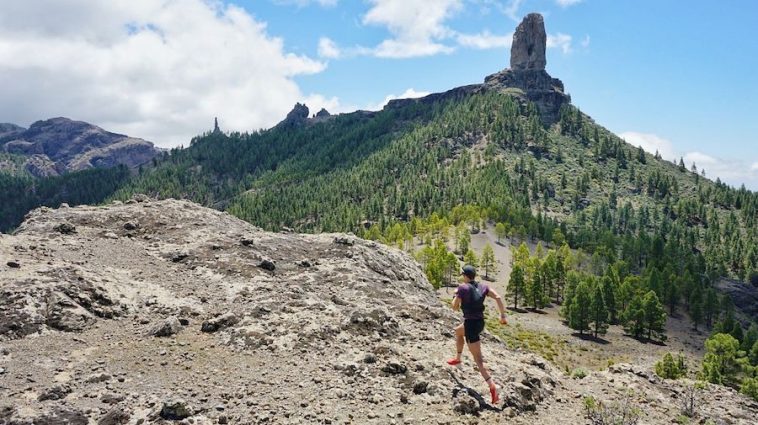 This weekend is the 20th edition of the vaunted Transgrancanaria HG, a multi-distance trail and ultra-distance competition held yearly in the Spanish Canary Islands off the coast of the northwestern Africa. As the pandemic lingers and runners continue to manage hopes and expectations, it is still one of the major international events which has been enabled to welcome participants to compete on its volcanic soil.

The Transgrancanaria organizers have been truly lucky : it was one of the few events in 2020 that occurred early in the year and wasn’t concerned with a push for cancelation. It likely will remain as one of the very few international events that did not miss a single edition due to the Covid crisis.

This year, the organizers received permission to hold the event under the strict health security and preventive Covid-19 protocol issued by the governorship of the Canary Islands, including a 50% reduction on total registration than in prior years. No spectators will be allowed on the premises of the competition, such as what one might expect at the aid stations or finish.

Kick off of the Spartan Trail World Championship

Spartan Racing, mostly known for it’s involvement in obstacles races, has launched a new trail series both nationally and worldwide, to grow the sport of trail racing. The World Championship comes with substantial prize money being awarded to individual distance winners, age group winners, and grand prize winners based on points awarded for competition in multiple events in the series.

While this 2021 Transgrancanaria was supposed to be the grand finale of the Spartan Trail World Championships, it happens to be the first event of the series, since everything was canceled due to the pandemic in 2020.

It is worth mentioning that the Transgrancanaria is no longer a participant in the Ultra-Trail World Tour, since it quit the circuit in order to join Spartan, as did the Lavaredo Ultra Trail and the Patagonia Ultra Trail.

The Distances and Course Logistics

The flagship event of the Transgrancanaria is the big one: a full traverse of the rugged, tropical and volcanic island of Gran Canaria.

Beginning in Las Palmas and ending in Maspalomas, the 129km course (the “Classic”) features multiple mountain peaks, technical trails, and 7500 meters of ascent.

The four-day trail festival also includes a 65km distance, a marathon, and 30km/17km options as well.

For the not whatsoever faint of heart, there is a final option of the Trans 360, a 265km circumnavigation of the island with nearly 18000 meters of ascent, and a 100-hour cutoff…!

The 2020 event was won by Pau Capell and Pablo Villa, both hailing from Spain. Capell has dominated the event in recent years, winning it four years in a row.

Only Villa is back for 2021, since Capell is injured. Villa could go on for a double win in two years, but he will have strong opposition. A few Spaniards could hope to push for the podium, such as Jordi Gamito, or the winner of the last TransVulcania, Pere Aurell.

A few French runners are aligning themselves for a speedy run as well. Aurélien Dunand Pallaz is there, along his fellow countryman Julien Chorier. The Frenchman Mathieu Blanchard, who resides in Montreal, is also aiming at a strong finish.

The famous Luca Papi, a star in Gran Canaria, will again be attempting both the 360 and the Classic this year, as he did in 2019. Last year, he did not attempt the Classic after finishing (and winning) the 360, deciding he did not need to pursue the little run.

Fuzhao Xiang placed 2nd in the 2020, and is back to toe the line this year once again.

Azara Garcia, hailing from Spain, will certainly be a force to be reckoned with as she placed third last year and is back to see if she can climb even higher on the podium.

Kaci Licteig, the American winner of the 2016 edition of Western States, is reportedly challenging the Classic distance as well.

Finally, Ragna Debats, of the Netherlands, won bronze at the World Ultra Trail Championships in 2016, and is undoubtedly seeking to compete.