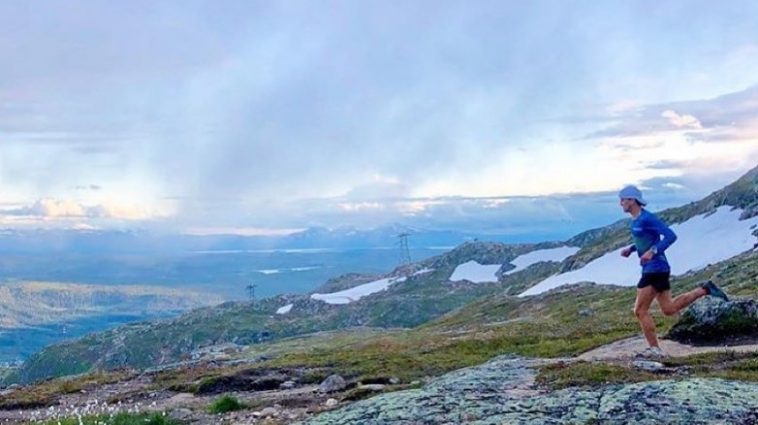 Known for its obstacle course races, the Spartan organization has recently taken to trail running. It is this very weekend that its brand new trail running world championship begins, with the Fjällmaraton in Sweden. Distances+ met with circuit general manager Mariano Alvarez and his colleague Josue Stephens, discussed their ambitions, which compete against other circuits even as Covid-19 rages.

The pandemic has delayed the heralded launch of this new world championship, and the intent to do things differently from the Ultra-Trail World Tour, the circuit that brings together some of the most prestigious trail races on the planet. The Spartan Trail World Championship (STWC) should have started in April, but the current reality insisted otherwise.

“I said a couple of not very nice words,” laughed Mariano Alvarez, when he learned he had to cancel or postpone the race he founded, the Patagonia Run, as mandated by the Argentinian government in an attempt to fight the spread of Covid.

Shortly after, it was Lavaredo Ultra-Trail’s turn to be called off, when the Italian race should have been the second stop on the circuit. Other races were rescheduled later this year, and some were confined to virtual spaces. It’s a somewhat disappointing start, admitted Alvarez, who still retains his enthusiasm for what is to come.

The Spartan Trail World Championship hopes to be a game-changer in the development of trail running on the international scale.

First, there will be big money prizes, explained Alvarez. Effectively, winners of each race will receive a check for $2,000 or $3500 (USD) depending on the distance, and the leaders of the general rankings at the end of the season will also be awarded big money: $5000 for the winners of each category. Over $140,000 is at stake for the first season.

“One of the key drivers for the growth of the sport is to have a great community of elite athletes,” proclaimed Mariano Alvarez. “Being a professional means devoting ones life to training and racing. Awarding athletes with substantial money prices is part of our understanding of the type of growth this sport needs.”

In addition, the organizers do not have to pay a fee to be admitted to the Spartan circuit, as is the case with the Ultra-Trail World Tour. Rather, the Spartan series invests in events by taking on a share of the stakeholding.

If things had gone smoothly, there would have been seven events during the 2020-2021 racing season, starting with the Patagonia Run in April, and a huge finish with the Transgrancanaria next March. The tour would have made its way through the Lavaredo Ultra-Trail (Italy), Sweden (Fjällmaraton), the United States (Kodiak Big Bear) and Costa Rica (La Ruta Trail).

Canceling and resuming in 2021 would have been plain sailing. “Obviously, the easy way out would have been to postpone everything to next year”, advises Mariano Alvarez. However there is more to it, according to the general manager. “We try to look at life in a positive way. The experience won’t be the same, with the protocols, the social distancing, the masks, but still, we can put on very good races and bring some joy to the people.”

It is, therefore, in Sweden, a country where the strategy to fight the epidemic has been strongly criticized, that the STWC starts, despite the fact that key runners from several different countries will not be allowed to go there and compete.

Among the elite athletes there is Spain’s Pau Capell, reigning UTMB champion and who also tied for the win at one of the last major international races to have been held this year, the Trangrancanaria.

Pau Capell has agreed to act as ambassador for the Spartan Trail World Championship. As such, he will also travel to Costa Rica in November, although the event is only virtual, to do some outings with local participants.

His compatriots, Azaria Garcia and Jordi Gamito, will also be at the start of the Fjällmaraton this weekend, as will the Romanian Robert Hajnal, another elite runner.

What is the Spartan brand doing in the world of trail running, when the brand is so strongly associated with obstacle courses?

The entry into trail races was an evolution of an offer for the American company, while some of its participants also demanded the expansion, explains Josue Stephens, product manager at Spartan. In 2018, obstacle-free trail running experiments were carried out on two events, then the concept was developed into more than 15 races in 2019.

It was then that Mariano Alvarez came into the picture, contacted by Josue Stephens, who was looking for quality races to integrate into the adventure. He found a listening ear.

“In the last year or so there has been some disappointment in the way things moved in the UTWT, with what was happening,” said Mariano Alvarez, whose race is part of this circuit. “Several race directors of the UTWT definitely needed alternatives.”

His intention is to stay in the Ultra-Trail World Tour. “I really don’t understand why a race cannot be part of two different global circuits,” he said, admitting that the launch of the Spartan series has not been well received by UTWT leaders.

Note that the Lavaredo Ultra-Trail and the Transgrancanaria are also part of the Ultra-Trail World Tour, and that they have agreed to join the Spartan Championship.

The expansion of the circuit will, however, advance, say Alvarez and Stephens, who continue to speak with several event planners around the world. Hong Kong is on the radar, as is a stop on Chinese soil. A California-bound race in the San Francisco area could emerge: negotiations are underway.

Canada is in Spartan’s sights, says Mariano Alvarez. Discussions have taken place, but nothing has yet been signed.