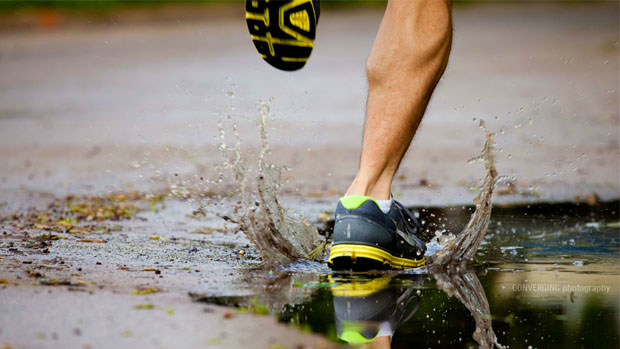 We saw in the first article written about this subject that pain episodes associated with an injury are frequently treated with nonsteroidal anti-inflammatory drugs (NSAIDs) in sports medicine. Two specific outcomes are targeted by NSAIDs: the treatment of pain and the treatment of the injury itself.

Let’s try to understand the impact and effectiveness of NSAIDs on injury and healing by separating running injuries into four distinct categories.

The famous sprain. Most studies focus on the ankle, which is where the ligament injury is most common in runners. Recent ligament injuries may benefit from the short-term usage of NSAIDs during the inflammatory phase of the injury, i.e. no more than a few days. NSAIDs accelerate the initial healing phase by reducing swelling and pain faster than a placebo.

However, some studies show that after six months, ligament hypermobility can occur, joint flexibility may become limited, and the recurrence rate of said injury is higher in NSAID users. Could the cause be too early a return to activity or the use of NSAIDs? It’s not clear.

Overload tendinopathies (Achilles tendinopathy, patellar tendonitis , femoropatellar syndrome, iliotibial band (ITB) syndrome, etc.) are not inflammatory conditions. This is why the term “tendonitis” has now given way to “tendinopathy”, which better represents the phenomenon of non-inflammatory overtaxation actually in place. There is therefore little benefit in treating these non-inflammatory conditions with NSAIDs. The analgesic effect provided by NSAIDs could, however, allow earlier rehabilitation, according to some. Note that this potential benefit is controversial.

Studies related to this type of injury, better known as muscular strain, show no significant advantage in the treatment of muscle aches and injuries by the use of NSAIDs aside from some pain relief.

It is now well established that NSAIDs slow the healing of fractures by inhibiting a hormone called “prostaglandins” which modulate blood clots and inflammation. Their use should therefore be prohibited, especially for stress fractures, among other things, which are well known to runners, as the dangerous likelihood of a blood clot increases with concomitant use of NSAIDs.

Hide the pain: why?

Several runners routinely ingest NSAIDs to alleviate post-training discomfort. There are indeed a multitude of micro-injuries responsible for aches and pain after rigorous training. Should we really try to mask these by the use of NSAIDs?

It seems that physical exertion causes the release of specialized cells that produce prostaglandins, which are responsible for the formation of new muscle tissue. Some studies suggest that regular NSAID users demonstrate a slowdown in this process that could affect the beneficial effects of training. However, more studies will be needed to confirm this beyond a doubt. One thing is certain, a warm-up period and a good cool down guarantee less risk of training injuries and discomfort.

In light of all this, it should be noted that the analgesic effect of NSAIDs seems more relevant than its anti-inflammatory effect in a majority of contexts. Studies show that acetaminophen (Tylenol) has analgesic efficacy similar to that of NSAIDs and significantly less harmful side-effects when a maximum dosage of 4 g / 24 h is honored.

If taking NSAIDs is really required, the addition of gastric protection such as PPI (Pantoloc, Dexilant, Nexium) or anti-H2 (Zantac) considerably reduces (by more than 50%) the risk of gastric side effects. Finally, topical gel analgesics (Voltaren Emulgel) are an attractive option for reducing the systemic side effects of NSAIDs without reducing their effectiveness.

In general, ignoring the facts while trying to hide the pain at all costs in anticipation of a faster return to training is rarely advisable for an athlete. It is better to take the time necessary to fully heal and make a better and more gradual return by consulting a specialized and competent professional.

If the use of NSAIDs is to be considered, it should be limited to the initial inflammatory stage of an injury for a short duration, not more than a few days, and should take into account the individual risk factors of the runner undertaking treatment.