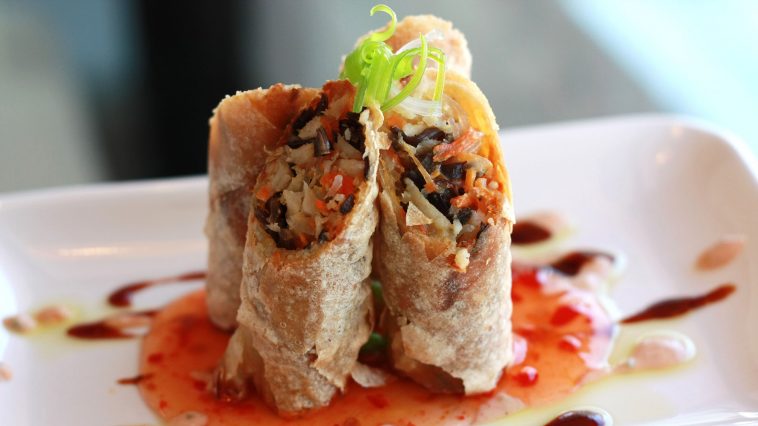 We can attest that Scott Jurek was an elite ultramarathon runner and vegan, but could we suggest that he was the best in part because he is vegan? Good question!

I did not discuss veganism with Scott, but rather with Éloïse Rochefort, marathon runner and collaborator at Distances+. A few years ago, she became vegan. At first, she was attracted by the simplicity of this way of eating. Today she considers herself privileged to have a diet so close to her values ​​and that helps her feeling great.

What does being vegan mean?

The vegan diet focuses on plant-based foods. Nuts, seeds, legumes, tofu and tempeh are the main sources of protein. Cereals (mainly whole grains), fruits and vegetables complete the plate, as is the case – or should be – in omnivores.

The vegan diet may seem far removed from the typical western diet, and with good reason. However it does not prevent it, when well balanced, from fulfilling the energy and nutrient needs just as much as an omnivorous diet, even among endurance runners. Balance is the key word. If you are tempted by veganism, it would be a safe bet to meet with a dietician/nutritionist who will help you ensure your diet is well balanced.

The reasons for adopting a vegan diet are many, and fundamentally personal. Éloïse became vegan for her well-being and for environmental concerns. This is not the case for all athletes. In a recent survey of runners, improving sports performance was one of the main motivations for going vegan. Is this actually true?

The popularity of vegan food is growing among endurance and ultra endurance athletes. This phenomenon is possibly due to the fact that ultra champions, like Scott Jurek or Rich Roll, have adopted this diet and do not hesitate to tout the benefits they perceive from it.

Scientific data on the effects of veganism on running performance comes from isolated cases and are therefore almost nonexistent. In other words, although many professional athletes praise the benefits, these remain anecdotal.

This situation will soon change. In 2015, to compare the performance of vegetarian, vegan and omnivorous athletes, a group of Swiss researchers interviewed more than 3,000 endurance athletes. Of this number, 33% were vegans, which shows that the appetite for this diet among endurance runners is very much real.

The forthcoming publication of the results of this study, dubbed NURMI, for Nutrition and Running High Mileage, will document for the first time the association between several dietary patterns and performance during ultras.

It is only an assumption today, but it remains likely that the vegan diet is a contributing factor to the performance of ultramarathon runners. Indeed, a diet rich in plants is associated with different health parameters that can improve performance, such as the following:

Eloïse, for her part, said she observed that her capacity for recovery has improved since she has become a vegan.

Will a vegan diet make you follow in the footsteps of Scott Jurek?

Considering the many favorable associations between veganism and good health, it is reasonable to think that this diet can contribute to the performance of ultramarathon runners.

However, it is important to keep in mind that the effects of quality food, regardless of type, can only be felt if other factors, such as training, recovery, sleep, stress management, and so on , are also met. Finally, to repeat, a visit to a sports nutritionist is highly recommended if this diet seems appealing.