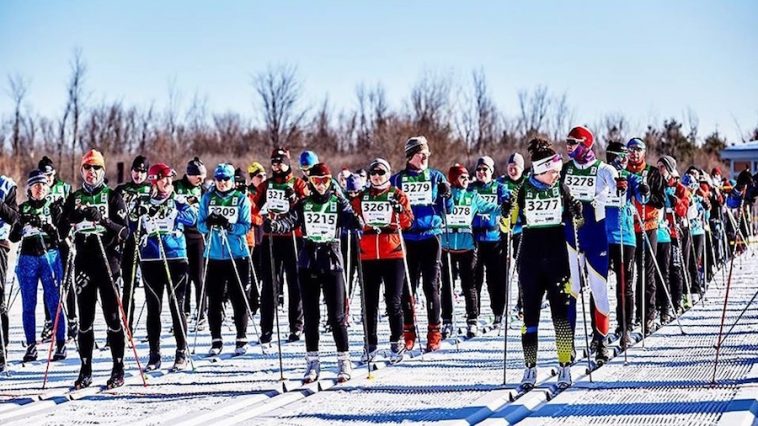 From February 14th to the 16th, the Outaouais region in Québec will host the Gatineau Loppet, Canada’s largest ski event, for the 42nd year. Part of the WorldLoppet, the Gatineau Loppet is 1 of 20 events that compose the WorldLoppet circuit. Only the premier and the best ski marathon from any country can be a member. This is without question a testament to the quality and consistency of these events year after year.

“There are people on the administrative committee as well as some of the volunteers that have been part of the Gatineau Loppet for 20 to 30 years. The dedication and knowledge that they have and share are invaluable to the success of this event,” said Camille Dionne, who is part of the Coordination Team for the Gatineau Loppet.

Of Scandinavian origin, the term “Loppet” signifies “large gathering”, according to the organizers of the Gatineau event. This would characterize the Gatineau Loppet quite fittingly, as, on this 2nd weekend of February, over 2300 hundred participants from all corners of the globe will take part in a number of cross-country ski and snowshoe races.

“Of the 2300+ participants, 21% are from outside of Canada and the United States. We have participants coming all the way from Japan, Australia, France, Italy, just to name a few, as well as a number of Scandinavian countries. Locally, the Ottawa/Gatineau region has a remarkably large number of cross country enthusiasts, so having an event of this calibre in their own backyard is very exciting for our skiers,” said Dionne.

There are a total of eight cross country ski races taking place over the weekend. Distances range from the mini two kilometre event for children accompanied by their parents, to the ultra-competitive, world-class 50 kilometres freestyle and classic races.

“It’s quite amazing to offer 2 races of 50 kilometres on a linear course. Most of the time, on such distances, races are held on loops which certainly is not as attractive to all skiers”, said Martin Desbiens, a competitive local skier.

With this course, participants will be leaving from the Municipality of La Pêche and crossing beautiful and enchanting Gatineau Park from North to South.

˝We have over 200 kilometres of ski trails in the Gatineau Park that are maintained to offer world-class conditions, recalled Desbiens. The freestyle 50 kilometre race has only been held on the linear course for a few years, which gives the opportunity to those who are exclusively freestyle skiers to glide through sections of the park they would normally not have access to, being classic trails the remainder of the season. It’s definitely a huge draw for local participants of the Gatineau Loppet.”

Desbiens is also a professional ski instructor who has been toeing the start of the Gatineau Loppet for 22 years with his wife Kathleen, and for the past 8 years have encouraged their two children begin to compete.

Champion Alex Harvey will be there

On December 2nd, 2019, the Board of Directors for the Gatineau Loppet had the honour of announcing that Alex Harvey, a three-time Winter Olympian, World Champion and one of the most decorated and illustrious cross country skiers in Canadian history had been named honorary chair of the 2020 Gatineau Loppet.

“Alex Harvey has been, over the years, a tremendous inspiration for countless skiers of all ages. It’s a great privilege for the organization of the Gatineau Loppet of having Alex be a part of our great event,” said Dionne. Having competed for more than a decade on the international stage, this will be Alex Harvey’s first time at the Gatineau Loppet, a place where his father, the great Pierre Harvey won the 55 kilometre race in 1989.

As cited by Alex Harvey in the Gatineau Loppet press release announcing his naming as chair of the 2020 edition, “I can finally witness with my own eyes all the wonderful things the Gatineau Loppet has to offer.” Alex Harvey will be present at the event throughout the weekend to meet with countless enthusiasts as well as at the start of every race to cheer on the participants.

In addition to the cross country ski events, the Provincial Snowshoe Championship will also be held over the weekend. This event will host five and ten kilometer races on a set course through the Gatineau Park, as well as a children’s race.