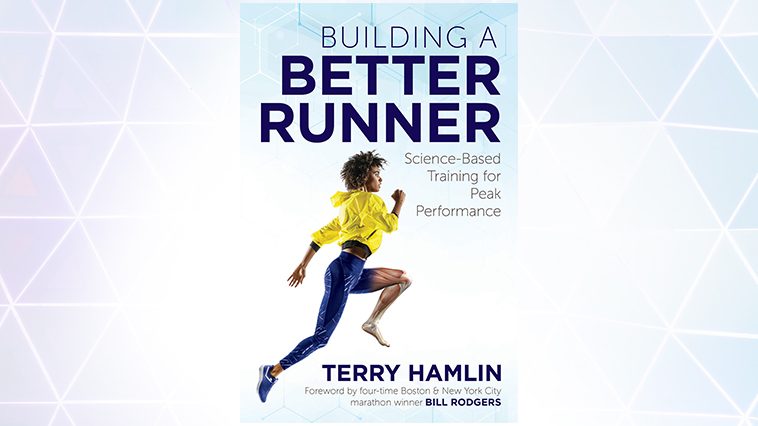 Every athlete will look at their training plan with an approach that is unique to them. However, it is undeniable that runners do benefit from a structured and specific training plan to improve their performance. Which training guide should you use? Distances+ read the book Building A Better Runner, written by Terry Hamlin and published by Vertel Publishing, which is one of the many effective options.

He is also the founder and president of the Charleston Running Club, a popular racing club in Charleston South Carolina. During his racing career Terry Hamlin completed the Boston Marathon in a time of 2:36. Subsequently, he devoted himself to coaching others and in his book he gives us the training plan that allowed him to discover many new American Olympian hopefuls.

What you will find

Bill Rodgers, multiple winner of the Boston and New York Marathons, wrote the foreword of this book, generously praising Terry Hamlin’s ability to enable any runner to reach his or her peak performance.

This book is essentially a training plan for beginners, mid-level and advanced runners alike.

It is composed of several sections. In addition to giving the keys to structured training, the author also elaborates on the evolution of the human body and its athletic abilities, the physiological differences between men and women, as well as different types of runners.

In the last chapter Hamlin also talks about common injuries and how to treat them.

A training plan, step by step

The training plan proposed by Terry Hamlin breaks down into three phases:

From start to finish these three phases result in a 32-week training plan.

Unlike other training plans, the details of what to do each day won’t be found in this book. The idea is rather to educate runners by giving them the keys to understanding the structure of a good training plan. Then, within this structure, it provides the reader an example of a typical week.

Subsequently, the athlete must repeat the aforementioned week by applying the same concepts, which allows him or her to evolve in his or her training.

Sometimes easy, some others more complicated

All types of runners will find themselves herein this book. If you run longer or shorter distances than indicated, you just have to adapt the training to your preferred distance. Therefore, the concepts in place to manage the training plan remain unchanged.

The author relies on the physiological and cellular mechanics interacting within the human body during certain types of training to explain the benefits of his three phase plan.

It should be noted that as the author explains these phenomena, the scientific language can sometimes be very complex. The already educated reader will find in this book additional information and the novice will be able to learn more, but the novice will have to do additional research to fully grasp what the author is describing.

Regarding the way the book was written, it would have been appreciated if it had been written in a less literary but more objective tone, to make reading easier and more enjoyable.

Moreover, even if the book has just recently been published, one could be led to question the era when the information was internalized by the author. Some tips and approaches distilled by Terry Hamlin have since been published (sometimes even relayed on Distances +) challenging or questioning such practices. For example, whether to stretch before and/or immediately after training, or the need to hydrate before feeling thirsty during a race.

Despite this minor critique it is very exciting to find a book that seeks to educate the runner-reader, rather than mechanically and routinely impose specific exercises without really explaining the reason or benefit behind them.

Building A Better Runner is a great reference that will not only allow any runner to learn more about how the human body works, it will also help him or her structure his or her training in an intelligent way.