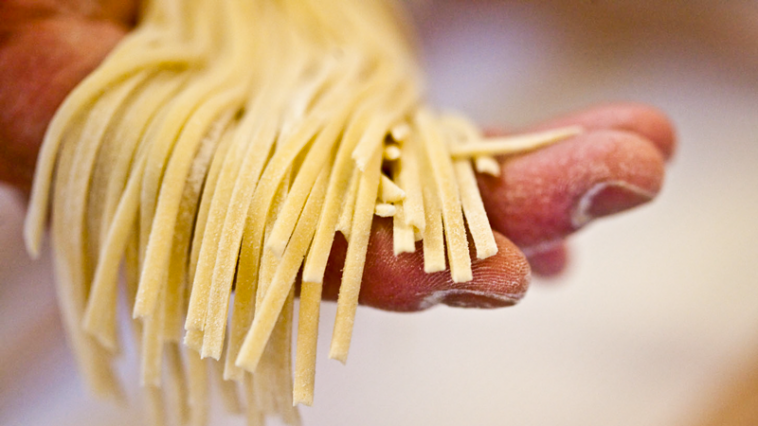 Carbohydrates are a significant source of energy for all sports. Carbohydrate consumption is necessary before, during and after a workout or race. In endurance sports, the larger and sustained volume of training significantly increases the need for carbohydrates. The logical question that arises from these facts is: have you been eating enough carbs?

How Much Carbohydrate Should Be Eaten?

To assess whether your consumption is sufficient, you must first know your bodily needs. It is recommended to consume between six and ten grams of carbohydrates per kilogram of bodyweight daily, in order to sustain a daily training volume ranging from one to three hours. For a 65 kg (145 lb) person, this represents 390 to 650 g per day, which is equivalent to eating 26 to 43 slices of bread per day! Achieving this target, although it may seem high, is essential to ensuring that glycogen stores are optimal before exercise and that recovery is equally beneficial.

Almost 50% of runners do not consume enough!

In 2014, researchers from the Institute of Nutrition and Functional Foods at Laval University evaluated the diet of a hundred recreational athletes who participated in one of the Mont-Tremblant Ironman or half-Ironman, and the Quebec Snow Pentathlon. The goal was to assess whether they followed the above nutritional recommendations.

The results were very much worthy of note: almost 46% of evaluated athletes did not consume enough carbohydrates on a daily basis. The average barely reached the lower limit of the recommendation, at a consumption rate of 6.2 grams per kilogram of their bodily weight.

Conversely, it is interesting to note that 87% of the athletes studied complied with the minimum protein recommendation, which is 1.2 grams per kilogram of body weight. Clearly recreational athletes tend to consume enough protein, but not enough carbohydrates.

How to make sure you get enough? Eat more; period.

One way to ensure you consume enough carbohydrates during high-volume training periods is to incorporate carbohydrates into every meal, at a ratio of one-quarter to one-third of your plate. Carbohydrates are found in all starchy foods (breads, pasta, rice, quinoa, etc.), as well as fruits, milk and yogurt. Between meals, adding carbohydrate-rich snacks also helps to ensure sufficient intake.

Carbohydrate intake is an important issue for ultra runners. However, the main challenge with eating in endurance sports is to eat enough… calories! In the study presented above, the researchers noted that the main factor associated with sufficient carbohydrate intake was adequate calorie intake. A long run of three to four hours represents an energy expenditure of around 2,500 calories. In addition to this is your basic daily energy expenditure. Those needs can exceed 4,000 calories per day for an endurance runner. For example, Pete Kostelnick, the new record holder for running across the United States, reports having eaten between 9,000 and 13,000 calories per day during the 42 days of his journey. That is a lot of carbs!

In short, the best strategy to meet carbohydrate needs is to eat a balanced, varied and sufficient diet. Eating nutritious meals and snacks daily is also the best way to get rid of all nutritional deficiencies, including vitamins and minerals. It is the basis for being healthy, it is also the basis for performance.